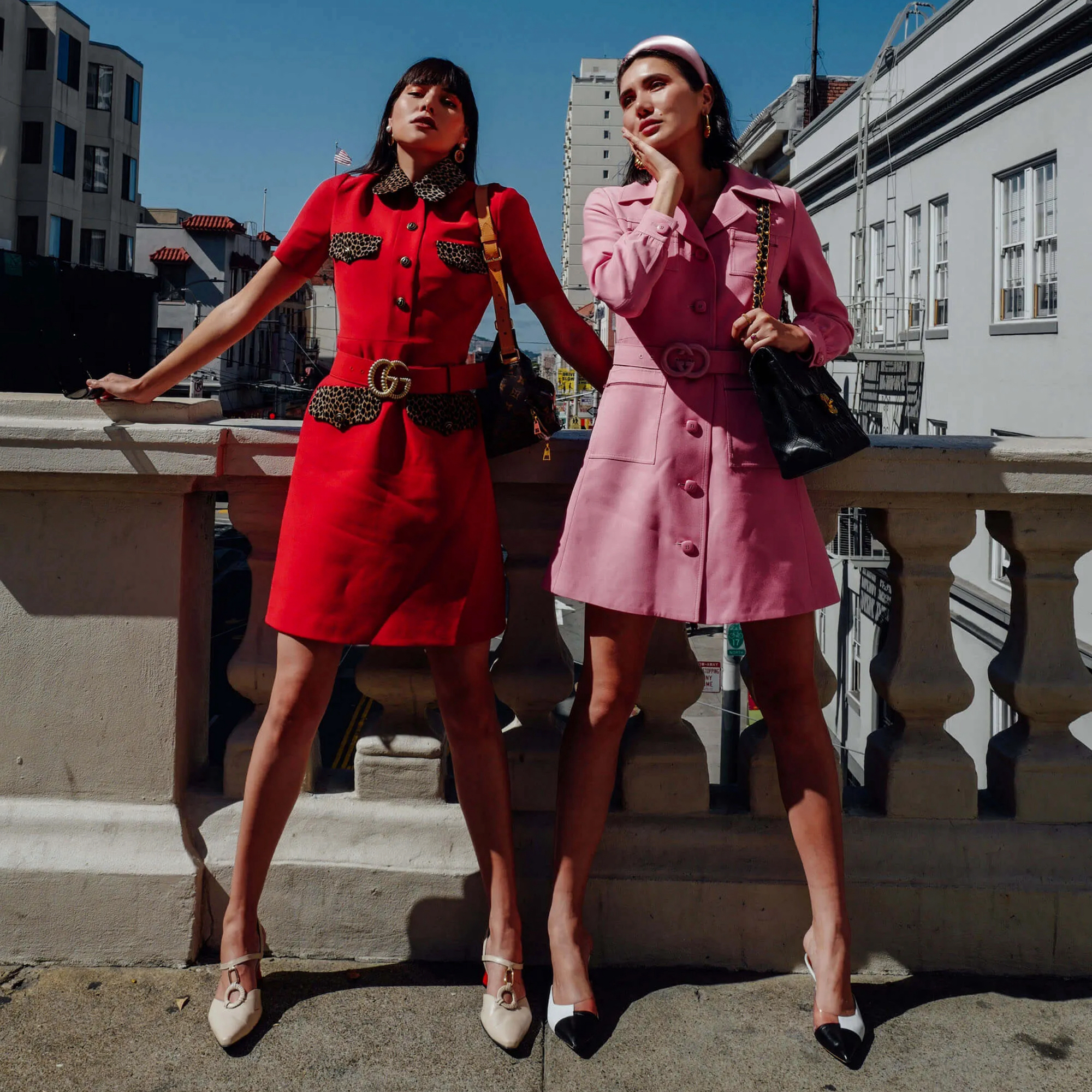 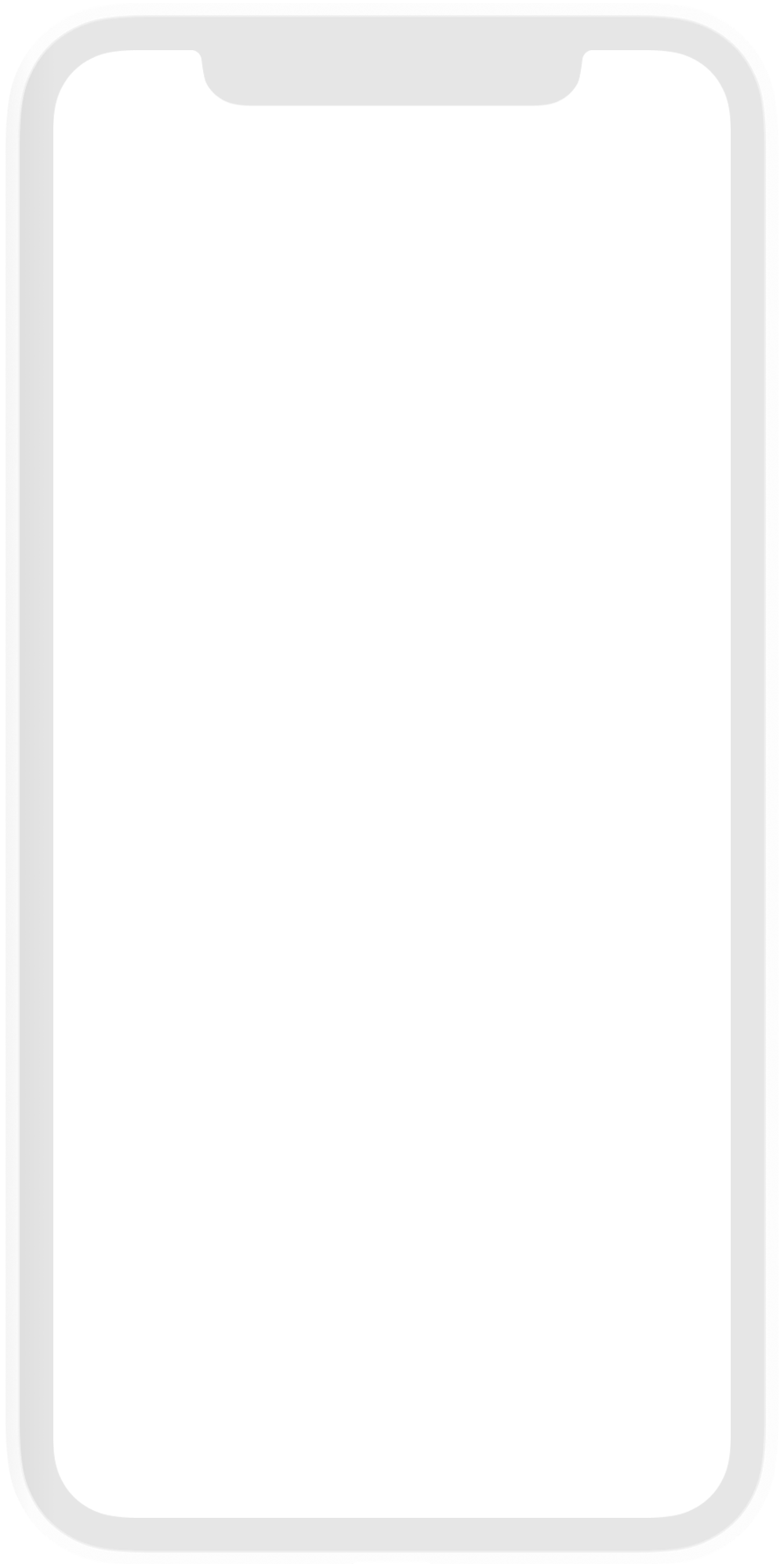 LUISAVIAROMA has been the go-to shopping haven for the international fashion elite since 1930. The luxury destination is known for its selection straight off the runways and pre-selected items from leading designers such as Gucci, Balenciaga, Alexander McQueen, Valentino and Givenchy, alongside items from emerging designers. Online since 1999, the company attributes 90% of total revenue to ecommerce sales, and was among the first in the luxury retail industry to invest in digital. They are always looking for new and innovative ways to connect with their customers and offer premium customer experiences.

“We are excited to pioneer a new way of involving our customers and offering them something unique.” 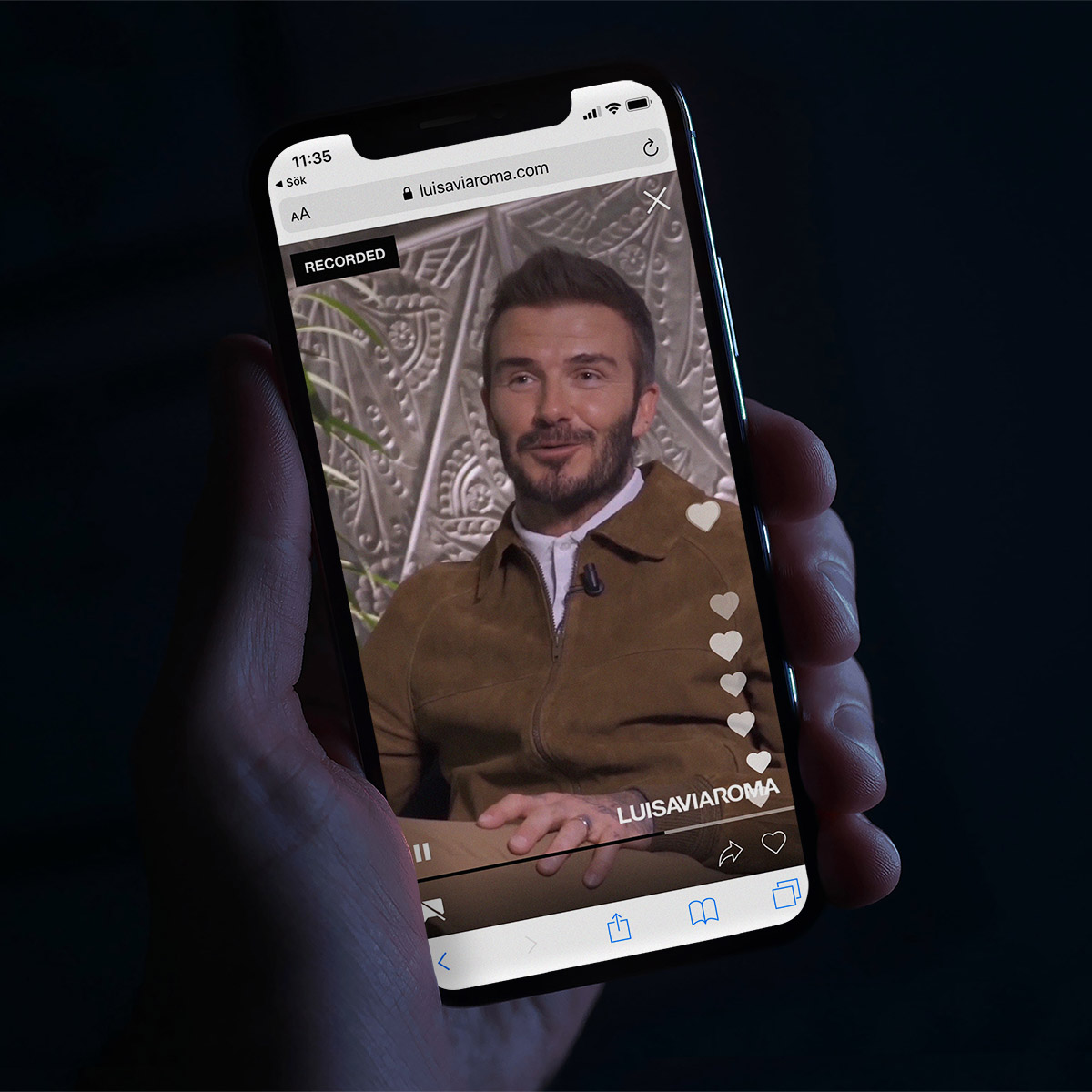 In January 2020, the Bambuser team flew from Sweden to Italy to meet with LUISAVIAROMA. Less than a week later, the team was back in Italy during Men’s Fashion Week, broadcasting a live event with David Beckham for his exclusive launch of the DB eyewear collection from the Vittorio Emanuele Gallery in Milan. This was followed by an activation in Paris for a live popup event with American sneaker brand K-Swiss and sneaker profile  Lil Jupiter during the Paris Fashion Week. The Live Shopping Fashion Week tour ended in New York where the Suarez Sisters gave viewers a walkaround of the iconic Tribeca neighborhood and Spring Studio on their way to Fashion Week.

Bambuser was integrated with LUISAVIAROMA’s ecommerce platform in a few days, and viewers could experience the shows and buy featured products at the same time. For their Fashion Week shows, customers were able to shop right from the live stream in eight different currencies and language declinations, depending on their location.

"LUISAVIAROMA has shown that Live Video Shopping can enhance the shopping experience and add value when showcasing items within the premium and luxury segment, in inspiring ways that lead to shorter decision making for the customer.” 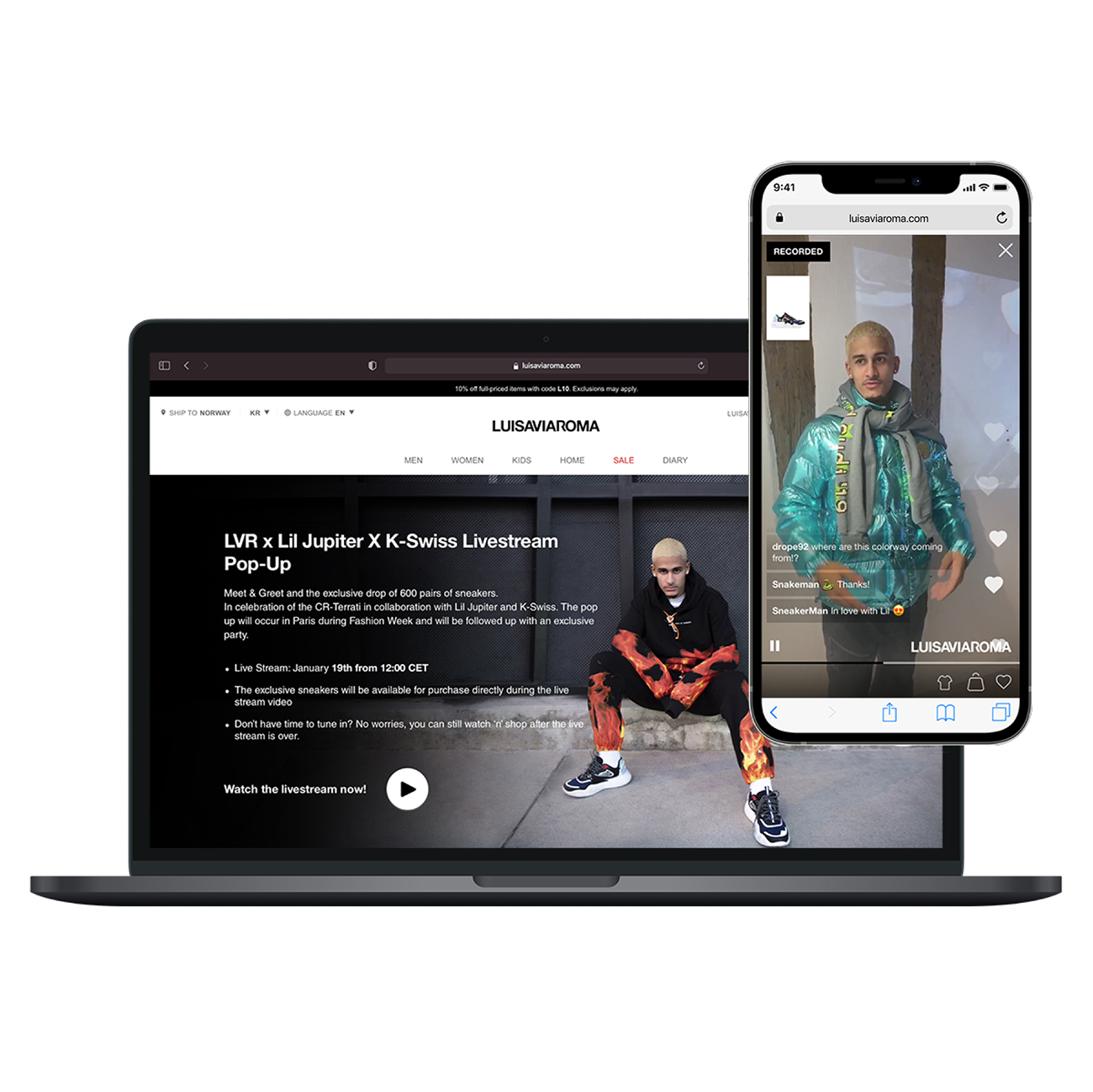 The art of living well

While trends come and go, LUISAVIAROMA is consistent in being cutting-edge, unique, and trailblazing within the high end/luxury shopping landscape. Live Video Shopping has fit seamlessly into the LUISAVIAROMA brand story, and they have used the Bambuser platform for a variety of exclusive live shopping events: Fashion Week activations, new product launches and influencer-curated collections to name just a few. “Luxury shoppers have high expectations and are always searching for new premium experiences.” says Sophie Abrahamsson, CCO at Bambuser. “LUISAVIAROMA pioneered by adding Live Video Shopping to their online platform at a very early stage, showing that the luxury segment can tell unique stories and connect with their customers.” 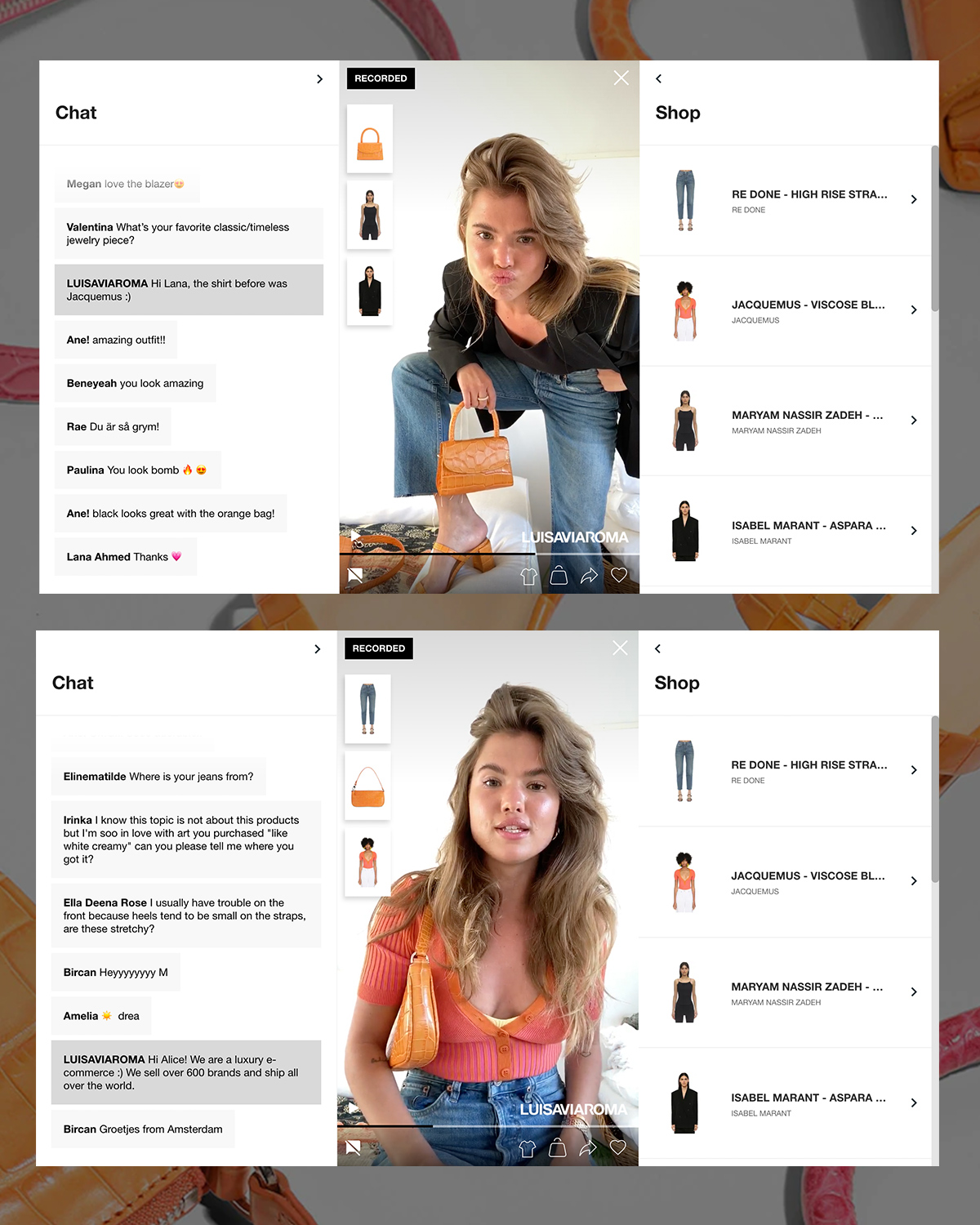 For luxury purchases, where the average order value (AOV) is high, there is traditionally a long conversion funnel. LUISAVIAROMA’s Live Video Shopping events help shoppers feel more connected to the products. They can interact to get answers to queries about fitting, colors, size and styling, which increases trust and confidence leading to a low-risk purchase for the buyer. Live Video Shopping helps reassure shoppers that they’re making a good purchasing decision, which can result in shorter lead times, happier customers and more sales. 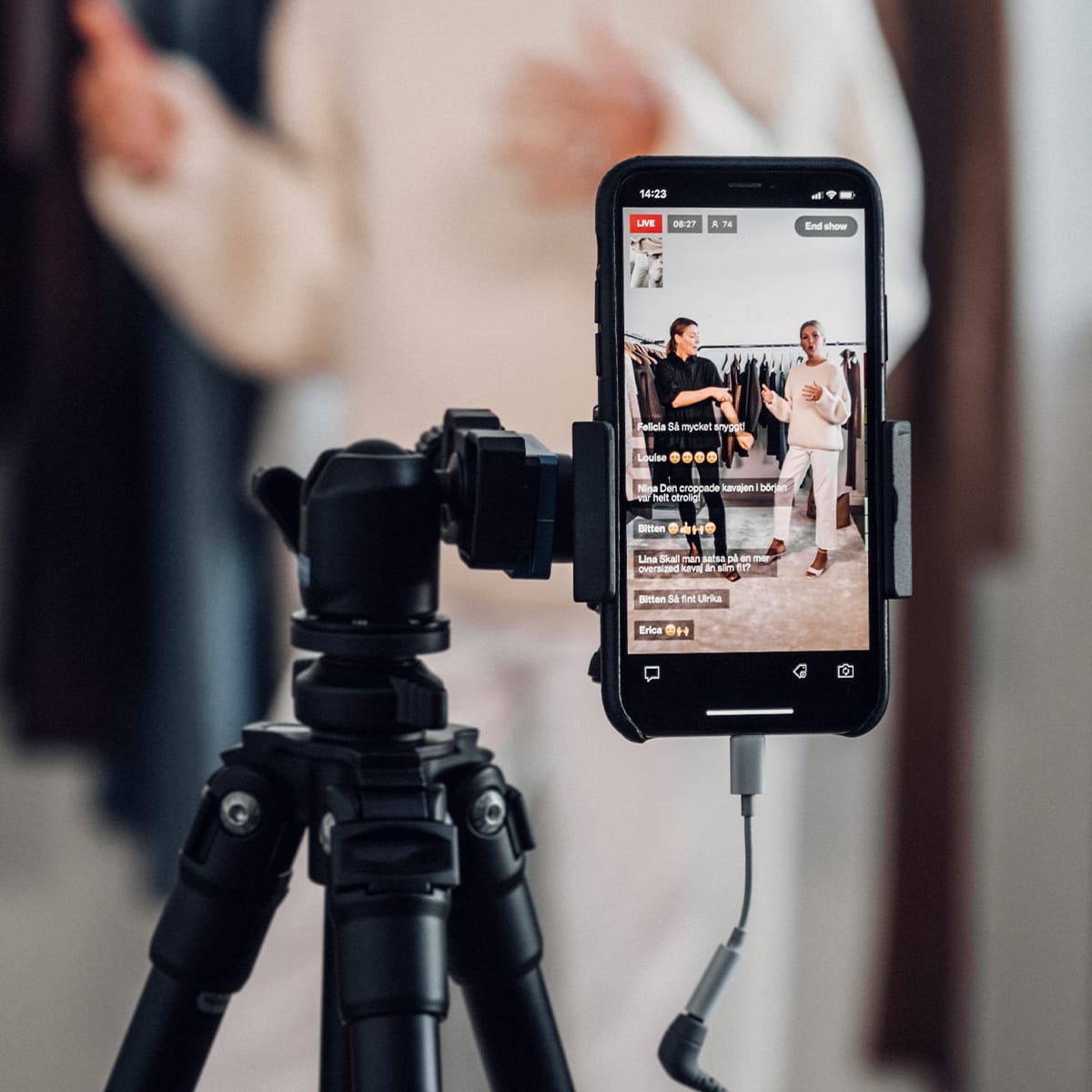 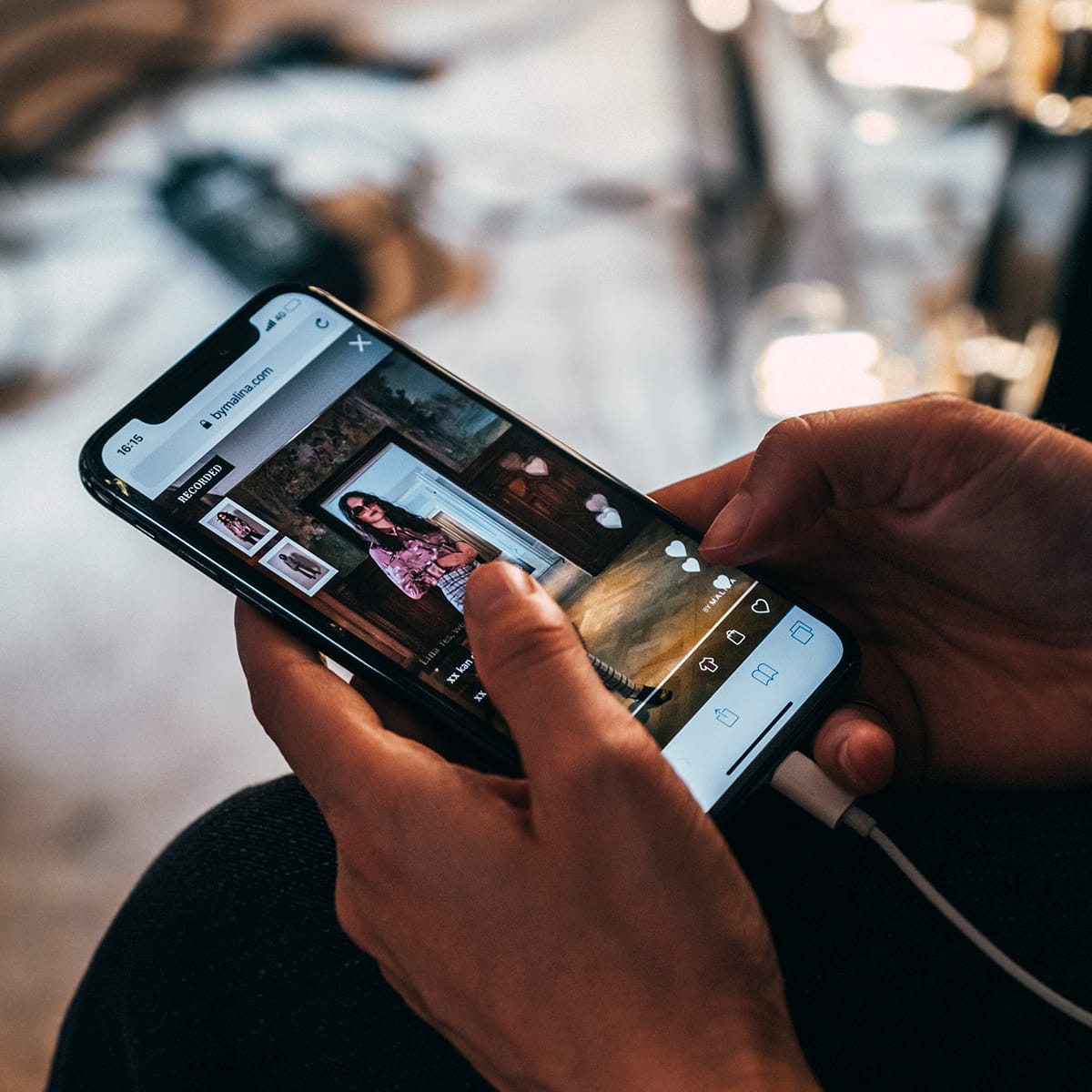 Interact with thousands of customers through interactive, shoppable live broadcasts on your website.

Investor Relations
Thank you! You are now added to our Newsletter!
Oops! Something went wrong while submitting the form.
© 2007-2021 Bambuser AB